Neverwinter is the first campaing after leaving the starting zone (Aiorum for Draxians or Magul for Naru). It's an area for players from level 20 to level 30. The campaing is located in the cold lands of Neverwinter continent. Snow and rain are usual in this territory. Neverwinter is also known for its famous Ice Caverns.

Neverwinter is a hostile territory where the cold weather makes it a challenging place to stay in longer. But this isn't the main threat, powerful monsters roam around the snowy biome. Draxians and Narus will fight for the domination of this territory.

The Campaign's Boss is Yatriel the Yeti.

After the Fall of Kaion and the end of the Kaion civilization, some individuals survived in the form of spirits. This is the case of Khael, a brave Kaion knight, who's spirit reincarnated as the Guardian of the Dark Templars. Khael and the Dark Templars are based in a secret cave in Neverwinter. 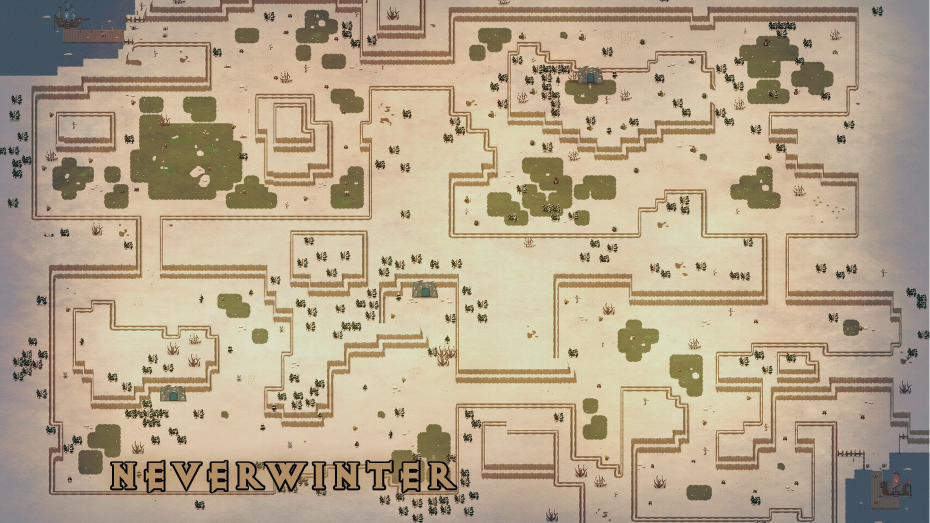